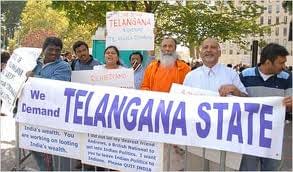 Shivansh Jauhri, Khabar India Network- Countless lives were lost to gain freedom for our motherland. And when it happened the responsibility of forging a united India was given to Sardar Vallabhbhai Patel. The Iron Man of India traversed the whole nation to achieve it. In 1953 Andhra Pradesh became India’s first language based state. And now, 60 years later this state stands on the verge of bifurcation.

The UPA government had decided to divide Andhra Pradesh and create Telangana and Seemandhra. Telangana is that part of the state with dominance of Telugu people whereas Seemandhra is not. If the bifurcation happens then Hyderabad will go to Telengana part but will remain the joint capital of both the states for 11 years. This move by the Congress-led UPA government has polarised the people of Andhra Pradesh and has left them agitated and dismayed. But who wins and who loses if the state gets bifurcated?

In 2001, when BJP-led NDA alliance was in power, three new states were born. Uttarakhand, Chhattisgarh and Jharkhand came into existence after bifurcation of Uttar Pradesh, Madhya Pradesh and Bihar, respectively. When this happened, no uproar or big protests took place. It was done, as many would say, for the better management of the states and the welfare of the people. The large states were divided as a need for doing this was felt by the then government. On the contrary, the Congress is believed to be pushing hard on this move to gain some political advantages, which are, as for now, not very clear. BJP is taking on the Congress for being so impulsive and indecisive about the bifurcation and has been accusing it for making it an issue and not following the example that BJP set up in 2001.

Regardless of what the Andhra Pradesh Assembly does, the Andhra Pradesh Reorganisation Bill can be passed in Lok Sabha if UPA gets adamant. From the Congress point of view, it is trying to gain the trust of the Telugu people and bank upon winning the Lok Sabha seats that fall within the proposed Telangana. Kiran Reddy says if the state gets divided, then the Congress would lose almost 25 seats in the upcoming elections. He says that Congress cannot afford to betray the trust of the people who brought them back in the power in 2004 and 2009.

The picture appears rather blurred even when viewed from the viewpoint of the Congress. It is not very clear as to what is the number of Lok Sabha seats for which the Congress is playing this card. Even though the Congress appears to have the support of Telugu people and in case of bifurcation may stand to benefit a bit, but if the bifurcation Bill is not passed, then the party stands to lose the trust of the Telugu people. Moreover, it will also lose the grip on united Andhra Pradesh. It is beyond comprehension as to why the Congress is pushing the Bill so hard knowing that it may turn its own chief minister into a big time rebel. And as the President has cleared the Telangana Bill, Kiran Reddy had threatened to quit, which may hit the Congress hard where it would hurt the most.

Leader of the opposition in the Rajya Sabha and BJP leader Arun Jaitley has said that his BJP supports the bifurcation of the state but says that justice must be done to the people of the state. Jaitley says that the BJP had carried out due diligence in 2000 before creating the three states. Although the BJP is playing this game cleverly, it has not clarified as to what is the way to get “justice” for the people of Andhra Pradesh.

Bifurcation or no bifurcation, BJP, as for now, is in a win-win situation. If bifurcation takes place then as stated by Kiran Reddy, the Congress will lose all the 25 seats of the Seemandhra region. The people of Seemandhra will have no choice but to vote either for BJP or some regional party in the General Elections.

This would indeed be a big boost for BJP as it would gain considerable ground in the south where its performance has been poor so far. Not only this, it may force some other regional players of south India to join the BJP-led NDA alliance to form a government in the Centre after the elections. If somehow the bifurcation fails to take place, then the Congress would lose its credibility nation-wide and in turn end up pushing BJP very close to government formation. BJP can sit quietly and smell the scent of success which is being served to them on platter by the Congress.

Even as one has to wait for the final episode of this drama to unfold, the demand for Telangana has created uproar across the nation for more states in the country. Gorkhaland and Bodoland are such examples. It is believed that that dividing the existing states may lead to problems. Moreover, in the case of Telangana, the people living in the Seemandhra region have not been asked about their opinion. Just to gain some political advantages, the interests of the people are being ignored by the political class. Is ruling party not answerable to the people who brought them into power? Is the opinion of the people worthless? And what good this bifurcation would to the people of the state and the nation at large? 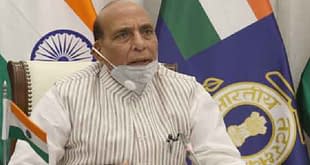 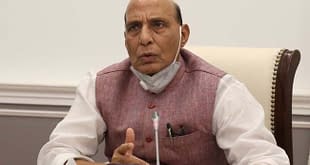 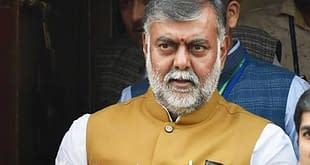 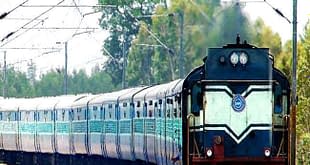