LUCKNOW (Agency)  Feb 27, 2014 Police failed on Thursday to arrest Subrata Roy, head of the unlisted Sahara business, a day after the Supreme Court ordered his arrest for failing to attend a hearing.

Sahara and Roy (65), have been accused of contempt for failing to comply with a 2012 court order to repay billions of dollars to investors in a bond scheme that was later ruled to be illegal.

Sahara is a household name through its long-running sponsorship of the Indian cricket team, says it has paid back most investors and that its remaining liability is less than the 51.2 billion rupees it has deposited with the regulator.

The Supreme Court on Wednesday rejected Roy’s request that he be excused from the contempt hearing to be with his 92-year-old mother, and issued an arrest warrant.

But on Thursday, police failed to find him at his sprawling compound in Lucknow.

Three directors of Sahara companies did appear as scheduled on Wednesday. Sahara officials could not immediately be reached for comment on Roy, but his lawyers applied to the Supreme Court on Thursday for cancellation of the arrest order. 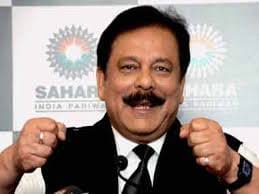 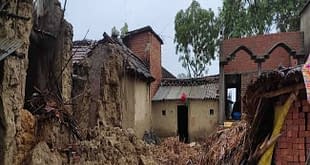