The backdrop of the rally displays a huge poster of Ex – Prime Minister Atal BihariVajpayee. The firsthand account of NaMo rally is as under:

1:10 pm: Ex-Army chief General VK Singh, who joined the BJP only a day before address the rally after Dalit leader Udit Raj’s speech.

1:15 pm: Starting his speech with the chant of “Bharat Mata Ki Jai”, Gen VK Singh urges the crowd to vote for the BJP. “Make sure you go home and get as many people as you can to promise to cast their vote,” he says.

1:22 pm: Kalyan Singh who returned to the BJP joining the party formally here at the rally said that this time the people have decided that Modi will be the PM. “It will be a visionary, the Loh Purush, the Vikas Purush, who will occupy the PM’s seat,” he said.
2:08 pm: Modi arrives at the venue in Lucknow as BJP leader Uma Bharati is addressing the crowd.
2:10 pm: Senior BJP leader and former HRD Minister Dr Murli Manohar Joshi addresses the crowd.
2:20 pm: Joshi lauds Modi for his firm stance on China.
2:27 pm: BJP chief Rajnath Singh invited to the dias to address the crowd.

2:30 pm: Rajnath Singh starts by amassing praises on the state of Lucknow, calling it a city of Nawabs, a city of tehzeeb, (etiquette).

2:31 pm: “No other political leader has been subjected to as much criticism as Narendra Modi. Since 2002, Modiji has been on the receiving end of endless verbal attacks. His poularity has soared to extreme heights… even a diamond has to go through so many processes before it gets its shine,” says Rajnath Singh.

2:33 pm: No law and order prevails in UP. Women are not safe here. But if a minister’s buffalo gets stolen, police are deputed to find the cattle. There is a phrase, “Akal badi ya bhains?” I would say – “bhains badi ya sarkar” – mocks Rajnath Singh.

2:35 pm: Rajnath Singh goes on to lambast the SP government in Uttar Pradesh, regretting the condition of sugarcane farmers.
2:40 pm: Rajnath also rakes up the issue of INS Sindhuratna mishap, saying how could such a grave mistake be committed when the country’s security is concerned.

2:42 pm: Rajnath refers to the Hanuman temple at Aliganj saying that it was built by the the Nawabs of Lucknow & not by hindus, thus praising the unity in diversity of Lucknow.

2:45 pm: The BJP chief concludes his address by sharing interesting information about Kalyan Singh giving him Rs 5 as the membership fees.

2:47 pm: Narendra Modi arrives at the dais to address the huge crowd.

2:50 pm: Yesterday, rain and hail lashed at several places in UP. Farmers have suffered losses. They are not alone – says Modi.

2:51 pm: Tomorrow, the Class X and XII students will appear for exams. My best wishes to them. They are India’s future: Narendra Modi

2:52 pm: There have been 8 rallies in UP, with each one super than the other. There is a Kesariya Samandar (saffron ocean) in Lucknow today, There is a BJP storm here: Narendra Modi

2:54 pm: This BJP wave will turn into a tsunami by the elections and then everyone’s destruction is guaranteed. SABKA vinash tay hai – S for SP, B for BSP and Ka for Congress. They will all be exterminated: Narendra Modi

2:55 pm: When I come to Lucknow, I remember Atal ji. How much have we learnt from him. You are lucky you embraced Atal ji – says Modi.

2:56 pm: Lucknow is known for its tehzeeb and adab (etiquettes and manners). No one can dent your image of tehzeeb. Don’t let the people in power destroy that culture: Narendra Modi

2:57 pm: Atal ji said, the road to Delhi goes through Lucknow. India will be prosperous only if we sow seeds of a prosperous Uttar Pradesh: Narendra Modi

3:02 pm: Rather than picking holes in Gujarat, it would have been better had you talked about what you did for UP: Narendra Modi in Lucknow
3:00 pm: Mocking SP supremo Mulyam Singh Yadav, who in a rally at Allahabad today, told Modi not to compare the thickness of the crowds, Modi said that the SP leader has accepted defeat at that front.

3:08 pm: There are two factions of the SP now – Samajwadi (Socialist) and Sukhwadi (those who believe in their luxury): Modi

3:09 pm: Netaji, don’t take Ram Manohar Lohia’s name again and again. He would be pained by the spectacle of revelry in Saifai and simultaneous deaths of infants in Muzaffarnagar refugee camps – says Modi.

3:12 pm: Take the example of your ministers in UP. One is tainted by coal scam. He has been accused of eating coal. And another one – he talks over the world but takes money from specially abled, Modi says.

3:13 pm: There is also a 3rd minister. He said our Central minister can’t commit corruption for so less amount (Rs 70 lakh), had it been Rs 70 crore, then it would have been worth considering. There is a limit to shamelessness: Modi

3:14 pm: In UP, if a minister’s buffalo goes missing, the police hunt it down in hours. But if a son goes missing in Uttar Pradesh, nothing happens – Modi.

3:15 pm: Under the guise of secularism, the leaders are misleading the nation. They are deviating from the main issues. They say forget jobs, forget water, forget price rise. Just talk of secularism, it is under threat: Modi.

3:20 pm: ‘Aandhiyo ki zid hai, jaha bijli girane ki, Mujhme bhi zid hai, wahi aashiyan banane ki’ (If the storms are obstinate enough to wreck havoc at a place, even I am determined to make a shelter there itself), Modi recites a couplet, adding “I am not a pessimist. I am an optimist. The BJP has appointed me – a person hailing from a poor background – as the PM candidate”.

3:20 pm: The BJP is an optimist party. The coming decade belongs to the oppressed, the backward, the marginalised, the Dalits: Narendra Modi

3:26 pm: Modi recites the lines of an optimist, patriotic poem, which he said someone had sent him.

The party claimed that over 10 lakh people attended the party rally today. 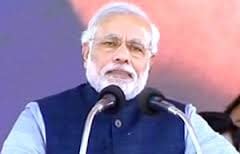 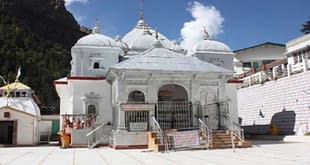 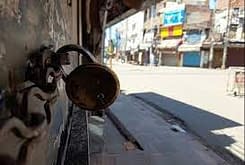 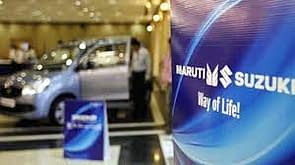 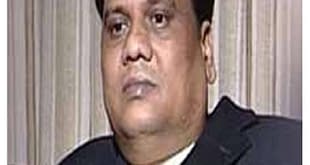