Shivansh Jauhri/Khabar India Network-Lucknow – The historic General Elections of 2014 are just round the corner. The tension and the momentum are building up as all the political parties are working overtime to create an impact. For past ten years Congress-led United Progressive Alliance has ruled the country and this time they are hoping for a hat-trick. On the other hand, the Bharatiya Janata Party (BJP) is expecting the tables to turn and end the winning streak of the Congress. There is also a possibility for a Third Front to come up and form the government in the centre. This third front includes some major regional parties from different states. The permutation and combination for the government formation is going to be very interesting as several factors are affecting the result of these general elections. Every party has its own virtues and vices and therefore it is very difficult to pick up one and neglect the other.

United Progressive Alliance, lead by Congress has ruled the nation for 10 years. It has some accolades and achievements to cherish upon and a few scams and scandal to scare it. Being the oldest party in the country, it has a lot of ground beneath its feet. There are several regional parties that are supporting Congress for these elections too. South India is a strong region for the Congress. It has considerable presence in north India and central India. But in these elections, the points that can cause severe damage to the Congress party are inflation and corruption. Over the past years, Congress has failed to put a stopper on the ever rising inflation that has hurt the common man’s purse very dearly. The plethora of scams and scandals that keeps unfolding every now and then has completely tarnished the image of the party. The Telengana issue has added insult to the injuries. The terrible loss in the state elections has also put the credibility of the Congress party in jeopardy. Congress might not be able to do so well in the upcoming elections on its own but it has some very reliable allies that just might prove to be good enough to bring Congress in the power again. “State and national elections are contested on very different issues. We may have not done a great job in Uttar Pradesh state elections but will surely rise up to the occasion in the upcoming general elections. Needless to say, Modi is not at all a concern or a factor”, said Mr. Zeeshan Haider of Congress. But this time, even in the coalition, Congress might have to compromise a little too much as its own dominance is ought to decrease.

This party seems to be all fired up. Cashing on all the failures of the Congress party, the BJP played its trump card a few months ago by announcing Gujarat’s Chief Minister Narendra Modi as its Prime Ministerial Candidate. Mr Modi has managed to create an impact on the public by his fiery oration. Thumping victories in the state elections also boosted the confidence of the party. For past ten years the party has been banking upon the issues like corruption and inflation. It has not lost any opportunity to punch holes in the claims made by the Congress party. BJP has a national face in Narendra Modi, who is well supported by the regional leaders. Also, the BJP has left no stone unturned to attract the youth towards itself mainly because, these elections will see the maximum number of first time voters ever. Mr. Hriday Narayan Dixit of BJP said “Congress and its alliance is too weak and would fail in creating any impact. BJP has gained a lot of ground in Uttar Pradesh and will win 50-55 seats from Uttar Pradesh”. Commenting on the third front, Mr Dixit said, “Third front is itself third and will never succeed. History has shown that third front has always fallen on its face. Moreover, the third front is nothing but a fantasy and fantasies never come true.” The only thing that can prevent the BJP coming into the power is its non-secular image because of which JDU withdrew its support and its complete absence from the South India. When Narendra Modi was declared the Prime Ministerial candidate, JDU withdrew its support saying that Narendra Modi was responsible for the riots in Gujarat in 2002. Moreover, many regional parties avoid alliance with BJP due to the same reason. However, if BJP can do some wonders on its own, given the Modi factor working for them, then they have a chance of returning to the power after 10 years.

The big time player of Uttar Pradesh is in the biggest jeopardy it has ever been. The clean sweep in the state election of 2012 drew an admiring picture for Chief Minister Akhilesh Yadav. His juicy policy of distributing laptops to the students, at one point of time, seemed to win over many hearts. But unfortunately the young Chief Minister of the most populated state failed to clean the ‘gunda’ image of his party. Many incidents have shown that the party is still living up to its old traditions. The Muzaffarnagar riots did no good to the Akhilesh government. Out of the 80 Lok Sabha seats in Uttar Pradesh, SP needs at least 25 to create an impact in the national politics. There has been a speculation for a while that party chief Mulayam Singh Yadav is too excited about the Third Front.

A senior Minister of the Uttar Pradesh Government, Mr. Rajendra Chaudhary said “There is greatest of all the possibilities that third front will come into power. The Samajwadi Party will win at least 50 seats.” He said that the recent riots will not have an impact on the performance of the party in general elections no matter how hard the BJP ties to push the issue. Given their shaky position in Uttar Pradesh and other regional parties not being very excited about this, the Third Front seems to be nowhere in  the frame of things. SP needs to act boldly and swiftly in order to gain something in these elections. The best scenario for them is that Congress fails to get the majority in the centre and the SP comes to the rescue with what it gets.

The Bahujan Samaj Party has got the real chance to do some wonders in Uttar Pradesh. Ousted from power in 2012, Mayawati can nip SP in the bud as the people of Uttar Pradesh are claiming to be frustrated by the goon behaviour of the party and the ghost of Muzaffarnagar riots still haunts the Akhilesh government. Mr. Nakul Dubey, however, refused to comment on anything and was very evasive in answering some simple and direct questions. The real competition in UP is between BSP and BJP. Mayawati too, like Mulayam Singh Yadav, believes in the Third Front. If she gains some considerable amount of seats in UP, then she has a lot to gain. BSP can prove to be very instrumental in creating the Third Front, which will bring good gains for Mayawati. If not this, then Mayawati can help Congress to from a government in the centre and negotiate terms with them, if at all Mayawati gains a lot number of seats.

Making an impressive debut in Delhi Assembly elections, the Aam Aadmi Party promised to deliver. The self professed face of the common man and the party chief Arvid Kejriwal, campaigned enthusiastically for the elections which was very well received by the people of Delhi. He was handed a thumping victory but fell short of complete majority and AAP was behind BJP in total number of seats gained. With the outside support of Congress AAP somehow formed the government but failed to pass the Jan Lokpal Bill within first 15 days. It further faces a lot of criticism for being very presumptuous over the policy making and for being too sarcastic for the leaders of other political parties. 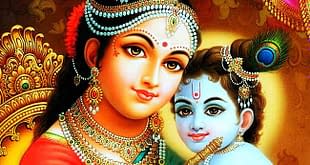 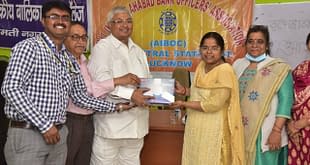 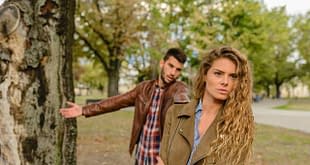 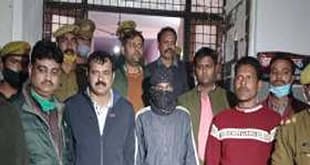